"DJ/Producer Ron Trent, rooted in the dance music world for over 29 years, is largely regarded for producing and playing an eclectic range of music. Raised in Chicago's early underground music scene in the 1980s, which transitioned from Disco into House..

A perennial presence in music since the early 90's, Ron Trent is considered to be one of the architects of the Chicago music scene. He began the journey through studying and collecting records from a young age, taking cues from his father who ran a record pool in the late 70's. This upbringing provided the strong foundations which not only enabled him to become a respected DJ in his early teens, but also gave him the confidence to embark on his own productions in the mid 80s, culminating in his first release, the highly recognized and international acclaimed classic "Altered States", in 1990.


Through his legendary Prescription Records, Ron has notched up an extensive back catalogue of his own productions and introduced several key players. Prescription Records is widely regarded as one of the most influential Deep House imprints of the period. In the early 90's, Ron collaborated with House/R&B team Hula & Fingers, producers for Jive records and production credits with Jazzy Jeff & The Fresh Prince, Kool Mo D, High Five, Lidell Townsend and MTF. Under the direction of Hula & Fingers, Ron began to develop his skills as producer and musician by incorporating his training as a percussionist along with developing skills on the keyboards. After several releases on Club Records, Hula & Fingers classic imprint, Ron went own to form his own label with renowned vocalist/producer Chez Damier. In 1993, Ron and Chez began creating the template for what would become the signature Prescription sound, eventually finding its way into various remix and writing production hits, and implementing the conception of Prescription Records. Prescription Records, together with it's sister label Balance, introduced the likes of Anthony Nicholson, Abacus, Glenn Underground (CVO), Moody Man, Norma Jean Bell, Joshua, Peven Everett, Rob Mello, and Luke Solomon to the world. During its course, Prescription became known for issuing superbly produced, often epic dance music by drawing influences from all over the globe and delighting club goers, as well as DJs with its highly unique sound.


Ron's sound expanded in 1997 with the release of the dance classic "Ncame U.” With writing partner Anthony Nicholson, famed vocalist D'bora, and Peven Everett on trumpet, this record launched Ron onto the NYC dance scene. After moving to NYC in the early 90's, Ron Trent quickly gained respect as a DJ/Producer by playing for Body and Soul at Shelter and hosting his own events at the legendary night club Vinyl in downtown Manhattan. Ron’s DJ and production skills would eventually lead to collaborating with giant step records, creating a new sound that would lead the way for the future of Giant Step the club and Giant Step the label. In 2000, Ron started his highly popular weekly residency with Giant Step at Shine, bringing forth a fusion of Neo Soul, Jazz Funk and World music whilst merging it into a dance formula. With Ron's vast knowledge of music and Giant Step’s thirst for the cutting edge, the event became one of the most top rated nights in NYC. Ron's in-house productions on the Giant Step/Sony label, featured artists such as Amel Larrieux, Jody Watley, Anastacia, Donnie, Carl Hancock Rux, Lina, just to name a few. His productions have lead to work with other greats including Tony Allen, Chucho Valdes, Papa Weba, 4Hero, Amp Fiddler, Groove Collective, as well as various other world artists. DJ compilations include: “Giant Step Sessions” (Giant Step), "Musical Reflections (R2 BBE), “Afro Blues” (Kings Street), “Deep&Sexy 2” (Wave music), “Abstract Afro Journey” (King Street).

In addition to prescription, Ron Trent created two further imprints which broadened the scope of his music production spectrum. Electric Blue recordings features more experimental sound, pushing the envelope and complementing the already established prescription sound. Future Vision Records was created as a platform to combine various artists with the signature Ron Trent production. Ron has also built up a quite a reputation within the music industry circles with his unique interpretations and reformulations of commercially popular tracks on his remixes, such as 'Honey' by Erykah Badu and 'Spring Summer Feeling' by Jill Scott.

Outside of running record labels Prescription, Future Vision, Electric Blue Recordings and Music And Power, the last few years has seen Ron Trent making his presence known internationally: from regularly gracing the decks at Berghain in Berlin and making appearances at ADE in Amsterdam, to playing for serious audiophile and music connoisseurs in both London (Need2Soul, Boiler Room, Brilliant Corners) and Japan (Air, Circus)....just to name a few. Now based back in Chicago, Ron Trent's musical quest for knowledge and tones continues. Having been featured on Red Bull Music Academy numerous times and co-curating the multimedia exhibit 'Move Your Body - the Evolution of House Music' at the Chicago cultural centre in summer 2015, 'SODA' is an organisation Ron Trent founded in 2016 with the aim of perpetuating and preserving the legacy of underground music through cultural and educational events for future generations ahead." - RA
K Civ Favorites 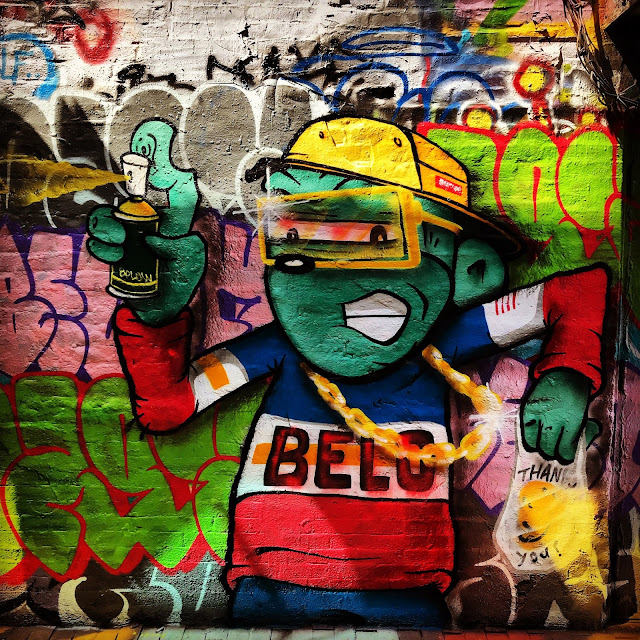 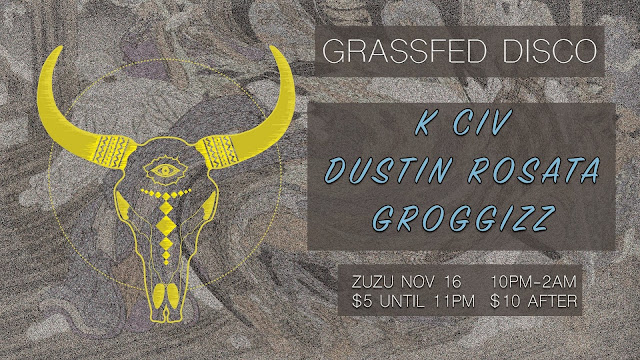 Grassfed Disco: A gathering for Disconauts, House heads, Lovers, Haters and Burners. Creating a space for all to awaken themselves with euphoric dance and music. A shared goal of cultivating our local scene, feeding our local community. Come let yourself loose with a positive environment of Disco, boogie and love. ♥

Dustin has been producing and DJing for nearly a decade and has become a mainstay in the Boston nightlife community. His Hip Hop roots brought him to a deep understanding of soul, disco, and house music and has allowed him to create inspired dance tracks for a number of heavy-hitting labels. Recently, Dusty has co-founded Grass Fed to further infuse his passion for building community around multi-cultural soundscapes that create a unified essense on the dancefloor.

Born and raised in Paris and cofounder of the Lausanne based Swiss collective La Récré, Groggizz specializes in deep house. He’s played alongside artists such as Leo Pol, Demuja, Cab Drivers or even S.Moreira. He’s preparing an eclectic selection for his warmup duty. 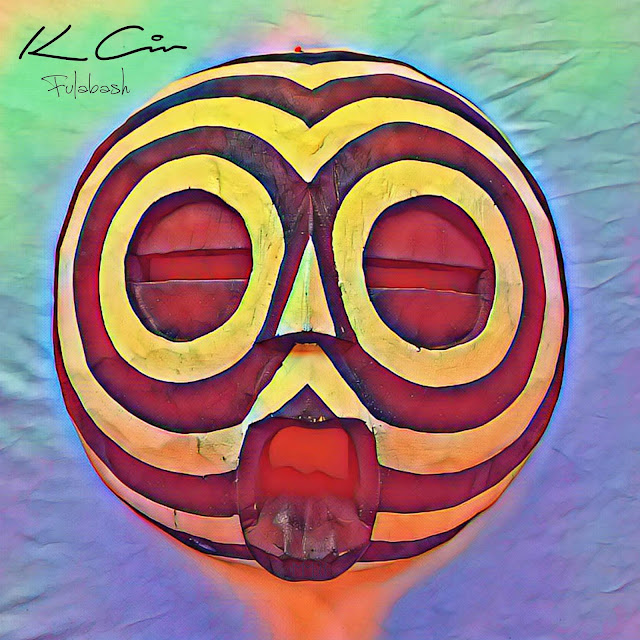